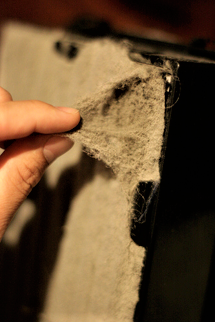 An ultrasound probe provides an image only as good as the system to which it is connected. Let’s discuss ways to minimize common problems with ultrasound scanners: infrequent and inadequate preventive maintenance. Full-size ultrasound systems, such as the GE E-series, Siemens S-series and Philips Epiq employ massive power supplies when compared to their portable, battery-powered, counterparts. The high-power requirements are needed for the high voltage pulsers and other functional systems in the front-end processor.

The challenge with large power supplies and any electronic-heavy design is heat generation. The enemy of any type of electronic component is heat generation. Increased heat leads to increased current draw and increased current draw leads to increased heat generation. It can be a never-ending circle until broken, either by design or by component failure and as I’ll explain, sometimes both. Obviously to address heat generation, device manufacturers implement significant cooling systems in full-size scanners. Typically, the power supply itself has its own cooling system, separate from the overall scanner and E-box. Challenge solved: A series of cooling fans constantly draw cool air into the scanner.

Our next challenge is in the form of dust and lint. Healthcare facilities are full of linen and other dust-generating materials. Drawing unfiltered air into any type of electronics is failure waiting to happen. Over time, the tiny dust particles in unfiltered air collect on each electronic component, thus reducing its ability to efficiently radiate heat. This can easily be seen in office computers with the large amounts of dust built up in the processor’s cooling fan, heatsinks, and on the motherboard. Challenge solved: OEMs design most full-size scanners with one or more air filters.

Most can relate to having to replace the air filter in our home’s HVAC system every so often. How often is the filter cleaned on an ultrasound scanner and upon whom does the responsibility fall? Reading through several user manuals, the responsibility is set upon the end-user and the interval ranges from every week to as needed. In my 30-years in the HTM industry, I’ve only encountered a select few end-users who cleaned the filters on their scanners. The activity typically only occurs as part of a PM performed by a service engineer. The second part of this challenge is that a PM on an ultrasound scanner may only occur every 12-months.

Once an air filter becomes clogged, fans tend to draw-in cool air from the path of least resistance. One pathway that offers minimal resistance is the location of the probe connector ports. Eventually dust will build up on and in the connector ports compromising the quality of a probe’s connection. On some scanners, the ports are highly visible and dust build-up can be easily visualized and addressed. On scanners such as the GE E-Series and Siemens S-series, the connector ports are hidden behind mechanically keyed doors.

To further complicate the issue, the probes compatible on these scanners have pin-less connectors which interface to micro-pins (only about 1-2 millimeters in height) within the scanner’s ports. Over time, without proper filter cleaning, a blanket of dust can build-up on the micro-pins. Poor quality probe-to-scanner connections can result in highly intermittent, extremely diverse, and very non-specific problems.  Overall poor image quality, image dropout, noise artifacts, and no-ID problems are just a few of the issues that are possible.

Establishing a comprehensive in-house PM program for ultrasound systems in your facility can significantly minimize system downtime. One part of the program would include cleaning air filters on many of the full-sized scanners every two-weeks. You should recognize that end-users will not perform the task, not perform it adequately, or not as frequently as needed. As part of the six-month PM, the connector ports would be thoroughly cleaned. On the pin-less scanners, the port’s doors would be opened, and a soft-bristled brush would be used to aid in dust removal. As part of the annual PM, the scanner would be opened, and each circuit board would cleaned of dust and re-seated. For any mobile systems, any connection within the scanner would be re-seated.

For those that maintain their ultrasound systems via service contract or T&M, either with the OEM or a third-party, it may be prudent to add some the recommendations above. At a minimum, filter and port cleaning should occur. The potential results would be reduced service calls and improved customer satisfaction. The cost of a small vacuum is much less than a single service call and not as costly as downtime.

When troubleshooting performance and image quality complaints, a good rule of thumb is to start with a known good, clean, system. Since that can be challenging in the clinical environment, take a next-best approach.